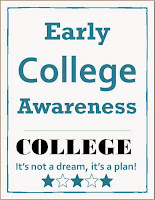 I went into our 7th grade Family and Consumer Science classes both yesterday and today.  The kids had just finished a research project on a career they were interested in.  It was great to be able to go into classes and talk with them as they have just finished their research.

I started by asking them several questions:

I ended my questioning with:

The answers they gave me included:

I then talked to them about how college can be affordable.  Even Cornell University (which is in our backyard) has a program where if your parents make under a certain amount, has a no loan program.  This makes it truly affordable for everyone. 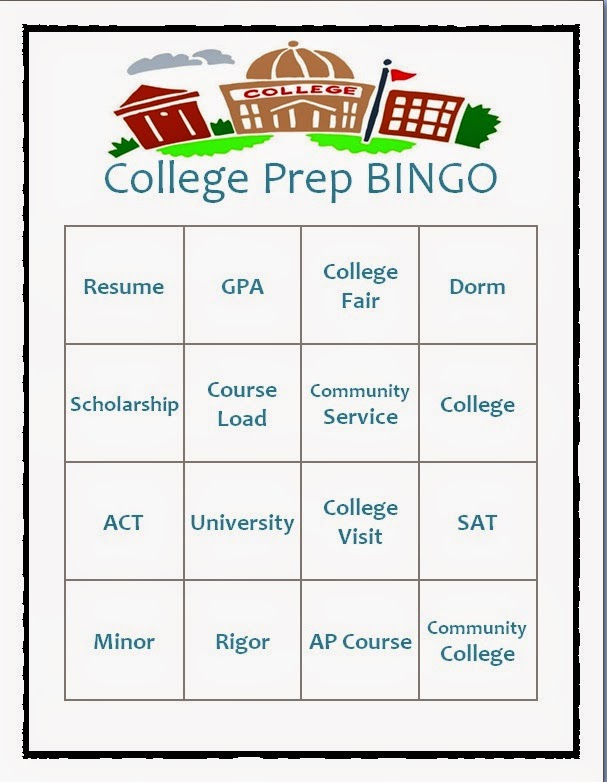 We also crossed off the list “not smart enough”.  Community colleges will accept everyone from the counties they serve.  You may not be able to get into a particular major right away, but you can take the classes that will help you to get there.
“Disabilities”.  Some colleges have special programs for students with even significant disabilities.  Maybe students won’t earn a degree, but they will learn independent living skills and job training skills to help them find a job.
“Don’t want to”.  Really this is the only reason for people not to attend college.  My hope for them, however, is that they want to, and will help them get there.
From there we played College Prep BINGO.
I also had them fill out the I Have A Plan worksheet, which I have hanging in the hallway outside my office. 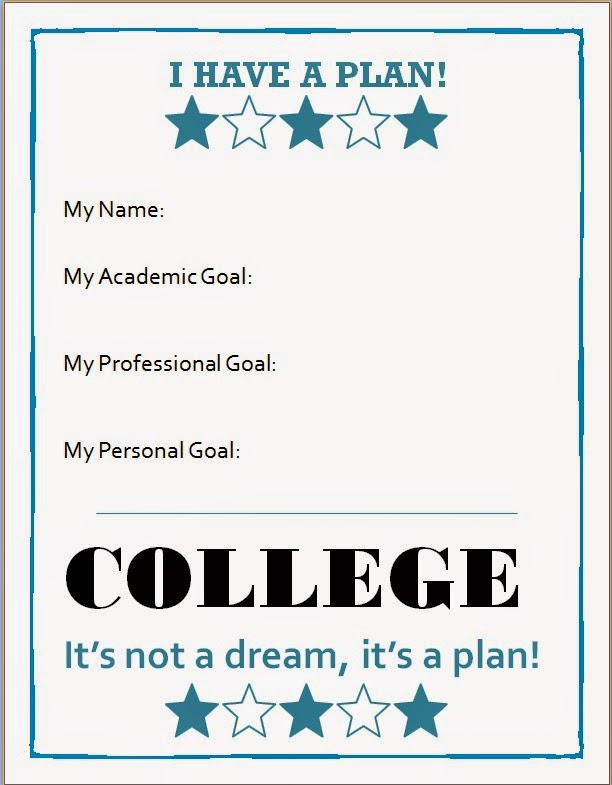 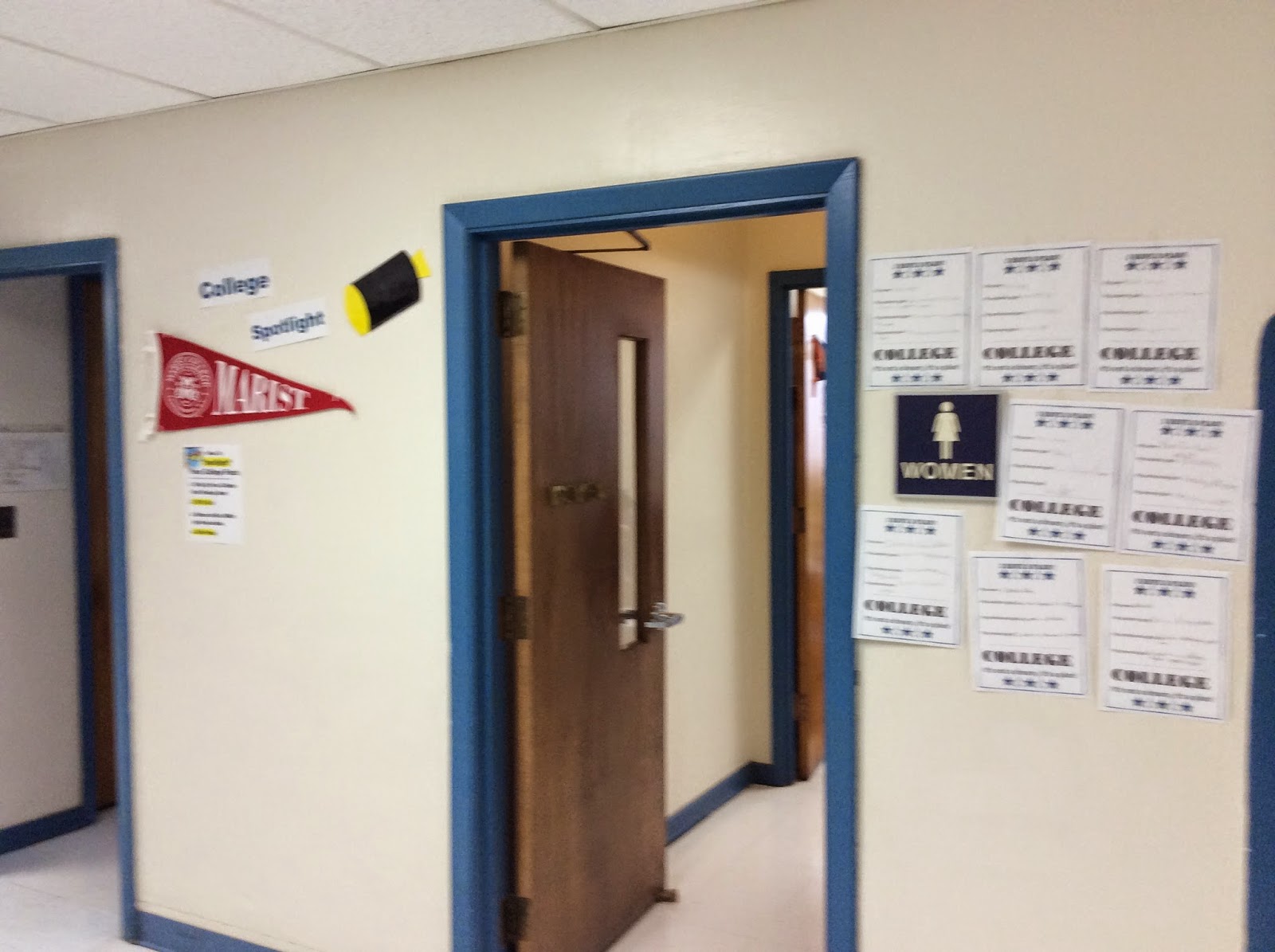 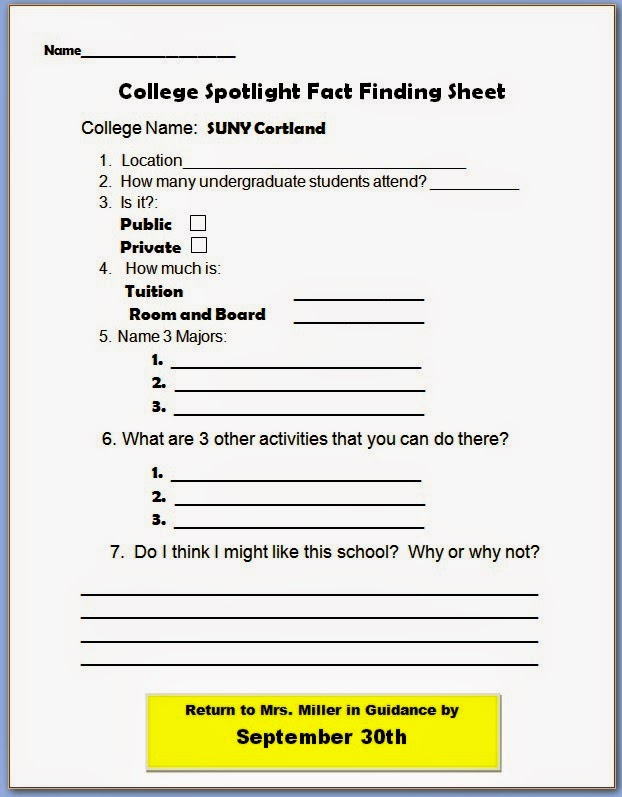 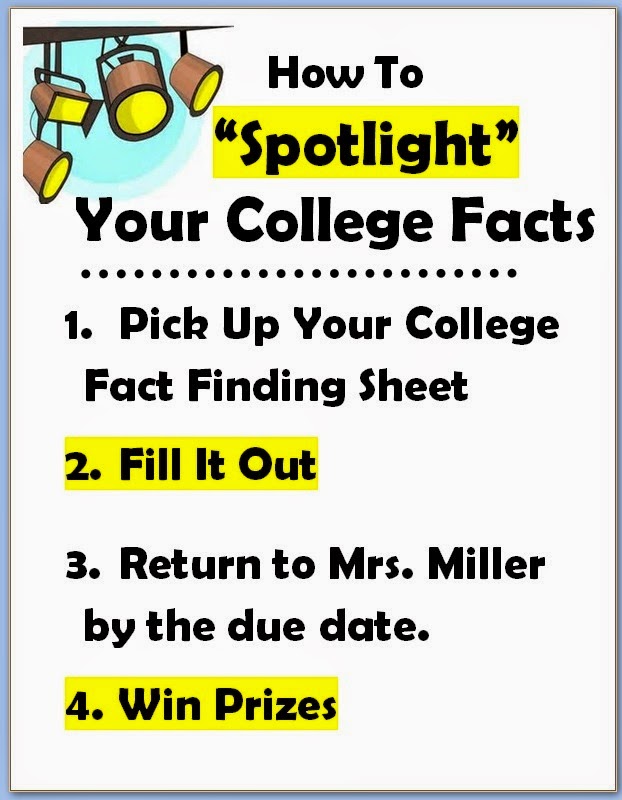 and I asked them to write on a post it note one thing that they learned with me today.  I had them post it on an easel located by the classroom door. 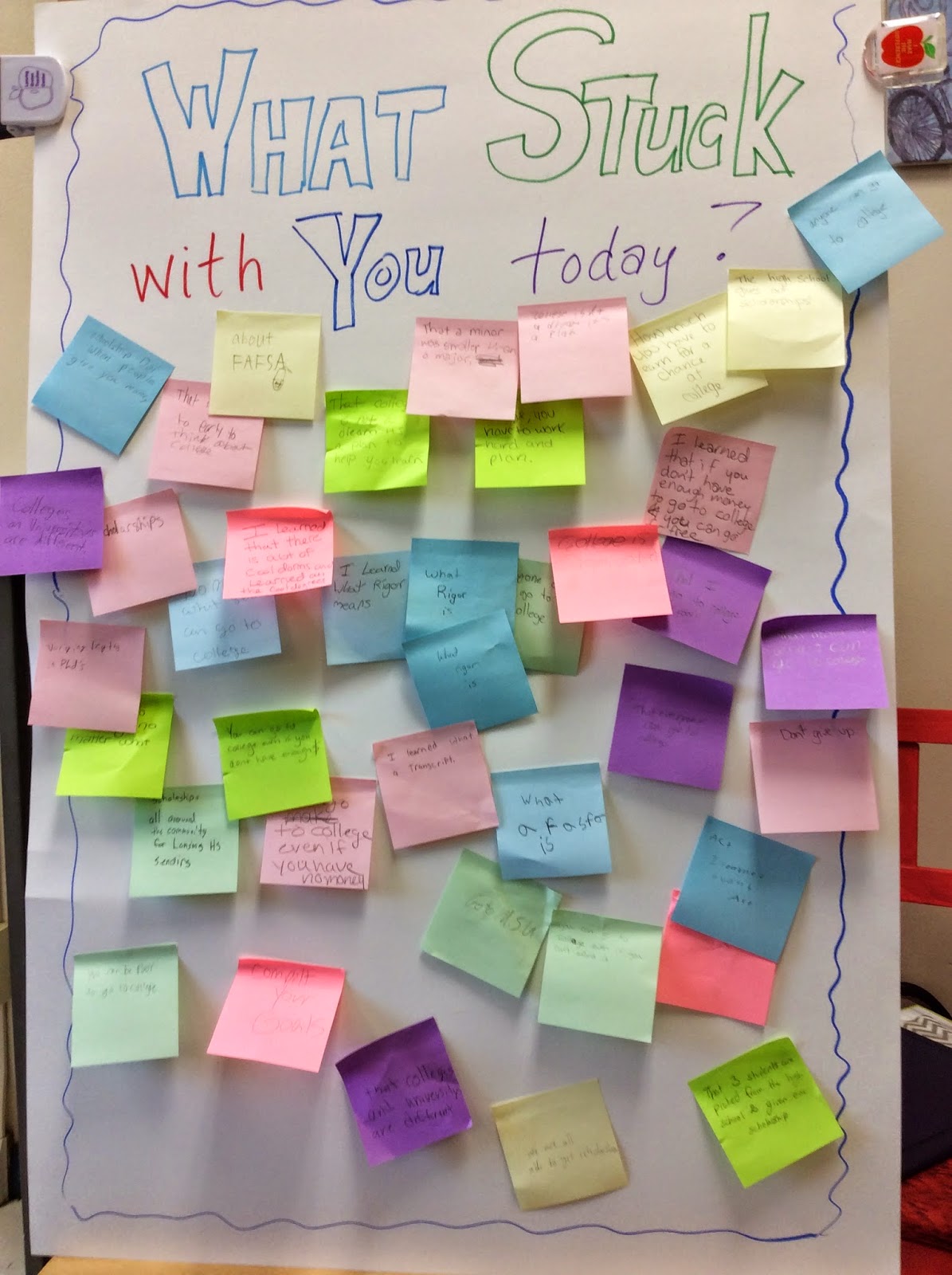 These are my favorite responses:
You can go to college even if you don’t have enough $. 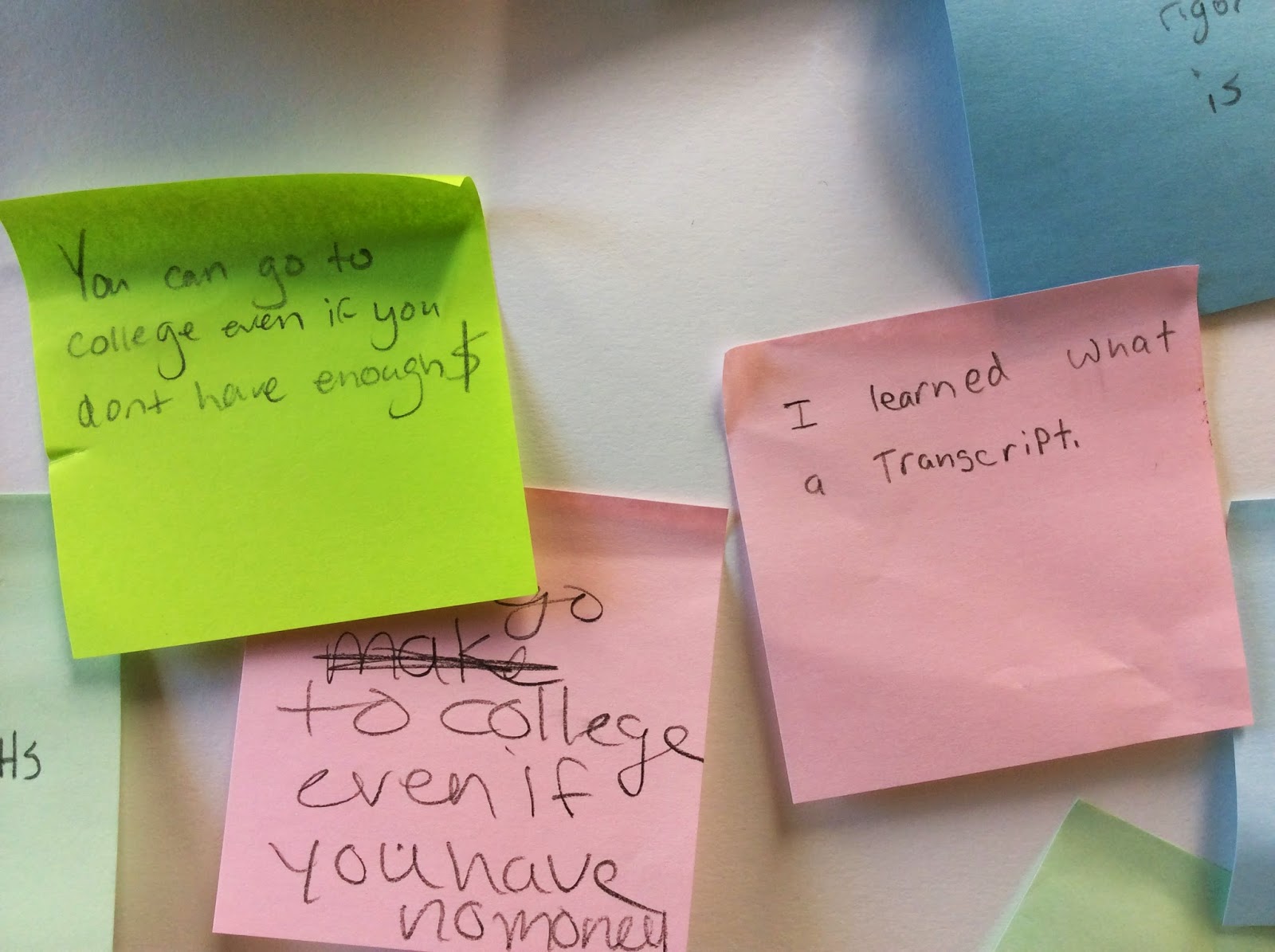 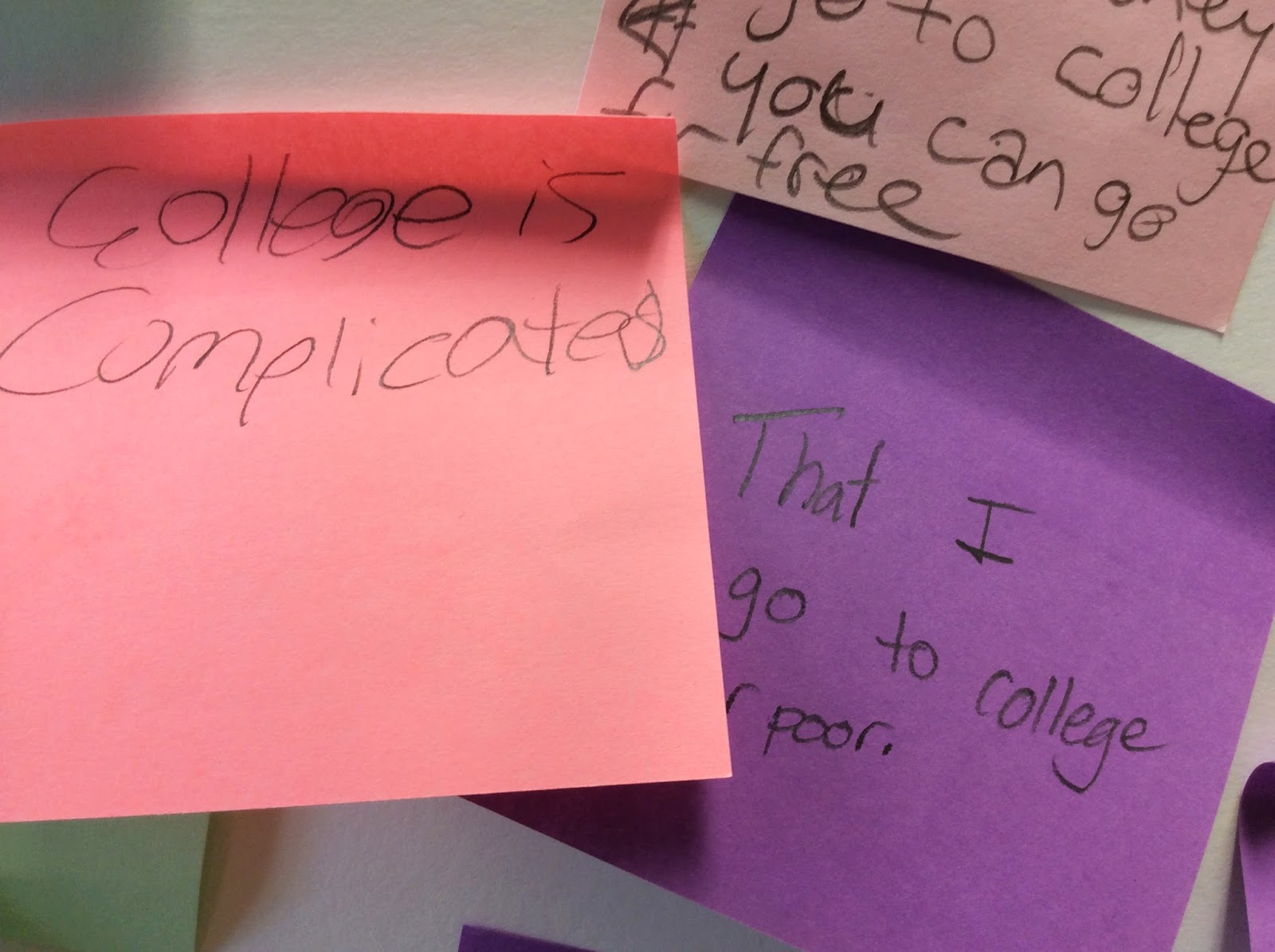 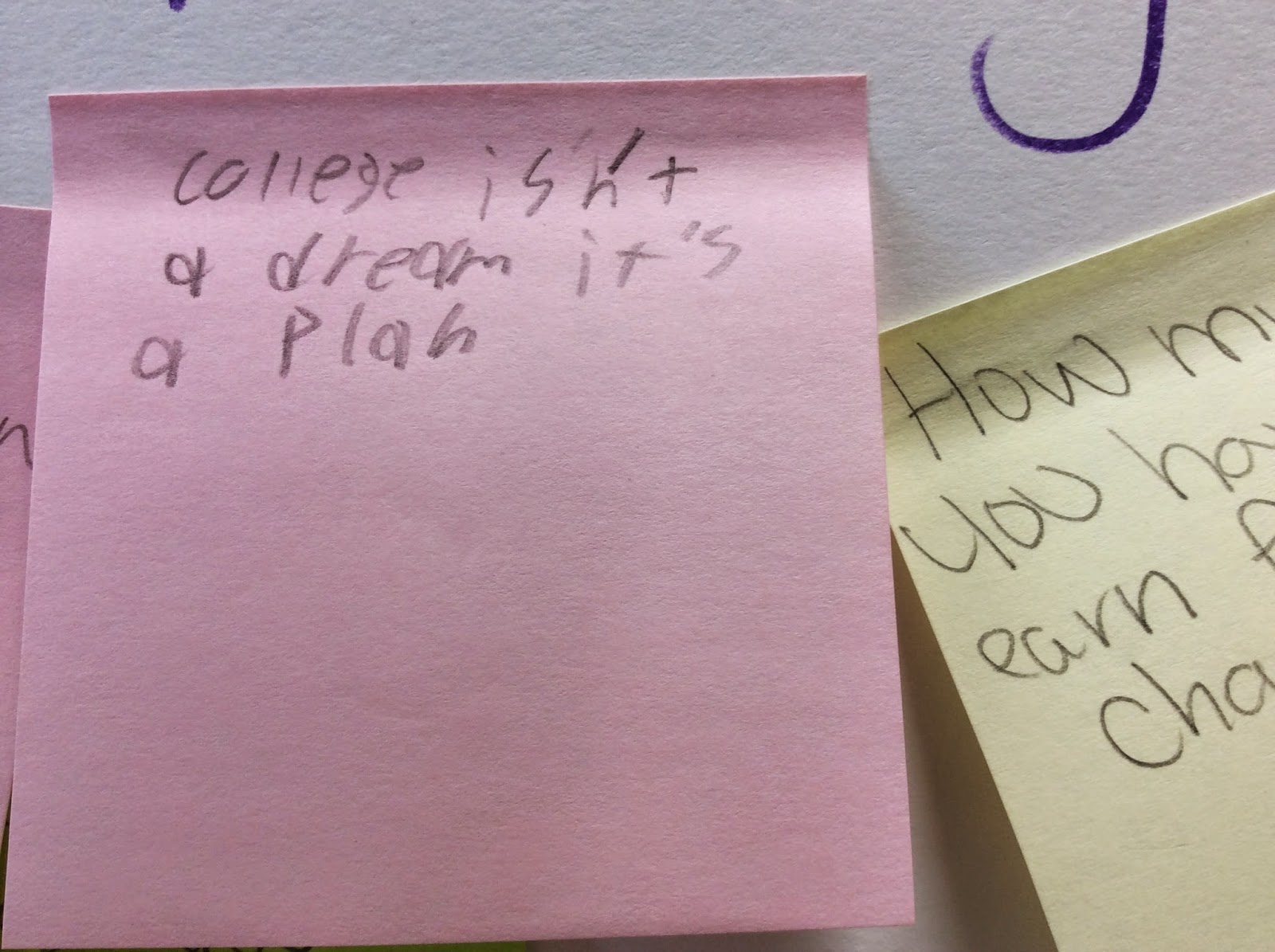 That it is never too early to think about college. 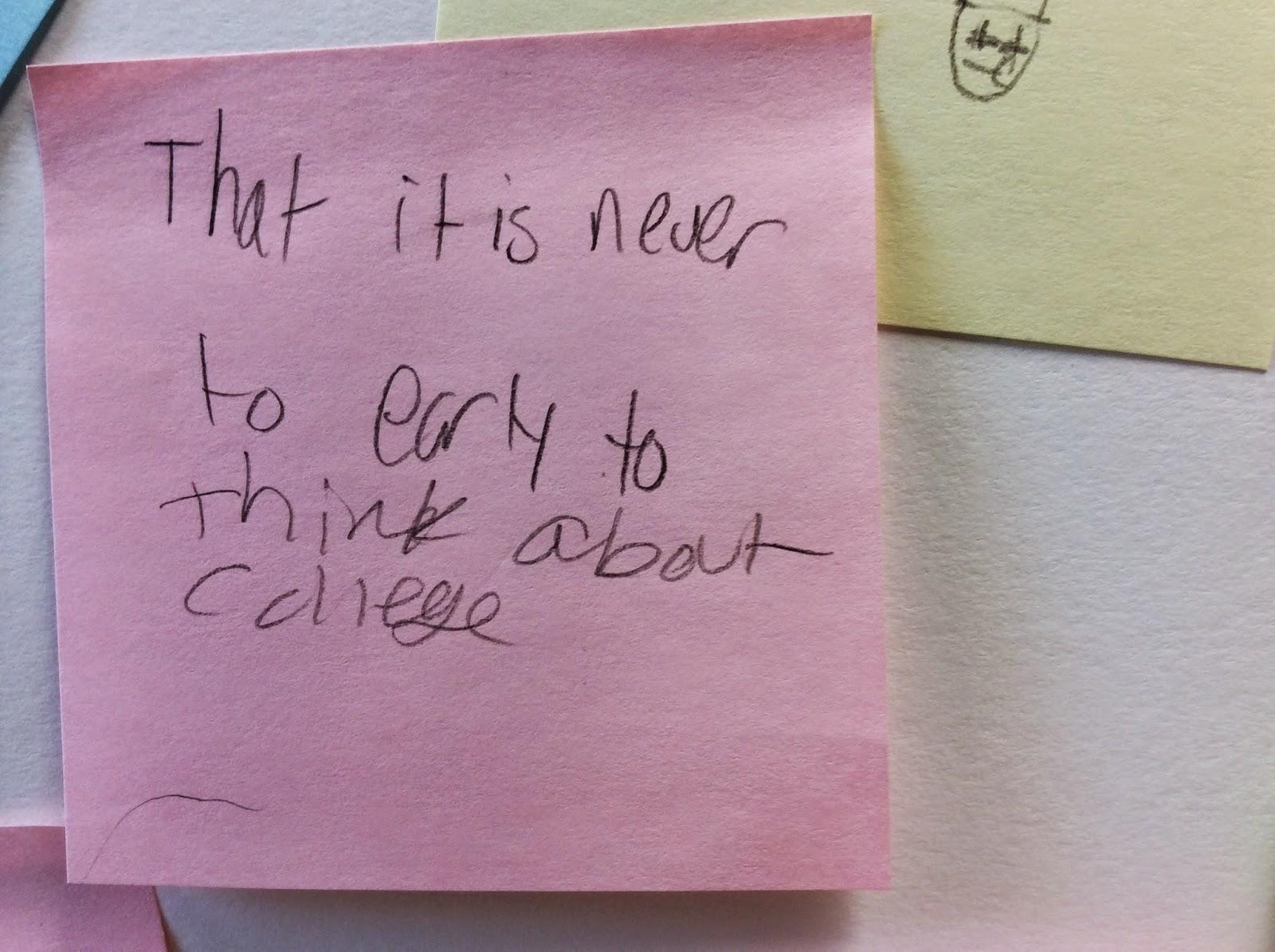 How do you promote early college awareness?  Leave a comment below or join in the conversation: